You are using an outdated browser. Please upgrade your browser to improve your experience.
by Joe White
February 13, 2012
It looks like Apple might have some trouble calling its HDTV device the "iTV," at least in the United Kingdom. Back in 2010, we told you how the UK television network ITV -  the broadcaster of Downton Abbey - was less than impressed with the suggested name of Apple's purported HDTV device. Since, the rumors have continued to come and all the while, Apple fans everywhere have continued to refer to the yet-to-be-announced product as the "iTV," prompting ITV to write to Apple, as the Telegraph notes:

ITV has written to Apple to warn the Silicon Valley technology giant off using its three-letter name for its long-awaited, "iTV"smart television.

Though Adam Crozier, chief executive of ITV, was apparently assured in 2010 that Apple would avoid using the iTV name, the change in Apple's leadership has prompted ITV to again raise their concerns with the Cupertino, CA company. Before the launch of Apple's tablet, many were calling it the iSlate, or even the iTab or iTablet, and it's entirely possible that Apple's smart television could itself launch under a different name - like the "Apple HDTV," perhaps. Another possibility is that Apple is able to reach a cash-fuelled agreement with ITV, and ends up using the name after all. The final possibility, of course, would be that Apple's HDTV device replaces the Apple TV set-top box, and steals its name. Let us know your thoughts on the situation in the comments. [via iDownloadBlog] 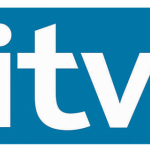 Could There Soon Be Two iTVs In The United Kingdom?

Could There Soon Be Two iTVs In The United Kingdom?
Nothing found :(
Try something else