You are using an outdated browser. Please upgrade your browser to improve your experience.
by Bryan M. Wolfe
March 27, 2012
Apple is responding to concerns that the new iPad has battery issues. Today, the company’s Vice President of iPad marketing, Michael Tchao, went on record saying consumers have nothing to worry about. In fact, according to Tchao there is no issue at all. In an exclusive interview with All Thing Digital’s Ina Fried, Tchao says that the new iPad charges in exactly the same way as previous iDevices.

“That circuitry is designed so you can keep your device plugged in as long as you would like,” Tchao said. “It’s a great feature that’s always been in iOS.”

Only yesterday we reported that the new iPad could actually charge for up to one additional hour after reaching a 100 percent full charge. The result of this on the new iPad, however, is more pronounced due to its 70 percent more capacious battery. Concerns about charging on the new iPad began when Dr. Raymond Soneira learned that Apple’s new tablet kept charging even after the battery gauge reached 100 percent. So there you have it: Apple says there is absolutely nothing wrong with the new iPad’s battery, nor should we expect a software "fix" for it anytime soon. Have you experienced any battery oddities with your new iPad? [Image via AllThingsD] 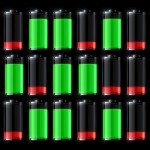 Apple: No Battery Issues With New iPad - In Fact, Your Concerns Are Actually A Feature

Apple: No Battery Issues With New iPad - In Fact, Your Concerns Are Actually A Feature
Nothing found :(
Try something else