You are using an outdated browser. Please upgrade your browser to improve your experience.
by Brent Dirks
March 19, 2012
It appears that if social game developer Zynga can’t beat the Draw Something phenomenon, they will attempt to do the next best thing – buy it. TechCrunch is reporting that Zynga is in the early stages of discussions to purchase Draw Something’s maker OMGPOP for somewhere in the range of $150 to $250 million. We’ve previously covered the Draw Something craze, along with the game’s quick ascent to the top of the App Store charts. For those who haven’t played the pay or free version, the game is something of a cross between Pictionary and Words With Friends. Users start by choosing one of three words of various difficulties to draw for your partner. If they guess correctly, both users receive coins to purchase items in the game. Then it’s your partner’s turn to draw something for you to guess. The game goes back and forth, keeping track of how many drawings have been guessed correctly. There are no winners or losers, just drawing. In just five weeks, the game has reached more than 30 million downloads. Users have submitted more than 2 billion drawings, which amounts to somewhere between 2,000 to 3,000 per second. OMGPOP is also pulling in six figures per day of revenue from in-app purchases and ads. Along with taking the App Store by storm, Draw Something has also muscled in on another Zynga home turf – Facebook. Last week, Draw Something became the most popular game on Facebook as measured by daily users. The game beat out Words With Friends, which Zynga acquired when it purchased Newtoy for $53.3 million in cash and stock in 2010. If Zynga could close the deal with OMGPOP, it could help propel it back to the forefront of casual, social games in the App Store and on Facebook. But in some circles, the company isn’t very popular because of its business practices, including copying other successful game formulas. A recent report also looked at how the company treats the “whales” that spend thousands of dollars on purchases for virtual goods. Have you played Draw Something? What do you think about it possibly becoming yet another title for Zynga to make wads of cash on? 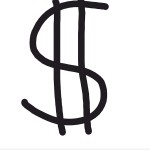 Report: Zynga In Talks To Buy Draw Something's Maker OMGPOP
Nothing found :(
Try something else