You are using an outdated browser. Please upgrade your browser to improve your experience.
by Joe White
March 1, 2012
A brand-new Mac app called Reflection allows iOS fans to AirPlay Mirror the display of their iPhone 4S or iPad 2 to a Mac computer. It goes without saying that AirPlay Mirroring is one of the most impressive features Apple launched with iOS 5. However, the downside to the feature is that not everybody owns an Apple TV - though seeing AirPlay Mirroring in action almost persuaded me to spend $99 on the set-top box. Since, a couple of applications have allowed users to stream their iOS device's display to a Mac computer (effectively turning the Mac into an AirPlay receiver). One such app - and probably the most popular - was AirServer, though personally I found the application on my MacBook Pro to be troublesome at best, and as a result, unreliable and unusable. Fortunately, there's now a new app on the block. Reflection, which launched very recently, allows users to AirPlay Mirror their iOS device's display over to their Mac. Unlike its competitors, Reflection works really well and it looks good, too. Setup is quick and easy, and once hooked-up via AirPlay, Mirroring looks great, as you can see in the above images. The application is feature-packed, and even allows users to play iOS games on their Mac's display - something many Apple fans will appreciate. You can download a free trial version of Reflection, just so you know what I'm talking about. For the full version of Reflection, users will have to pay either $14.99 for a single license, or $39.99 for five licenses. For more information, be sure to head over to Reflection's website. Enjoy! 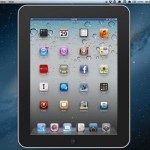 Reflection App For Mac Launches: AirPlay Mirror From iOS To OS X, Seamlessly
Nothing found :(
Try something else