You are using an outdated browser. Please upgrade your browser to improve your experience.
by Bryan M. Wolfe
March 5, 2012
Days after it was reported that iOS app developers can copy and upload a users’ photo library automatically and without their consent, a US senator is calling for an investigation. Sen. Chuck Schumer (D-NY) is asking the Federal Trade Commission to investigate Apple and Google over potential privacy issues, according to Reuters. As we first reported last week, the loophole in question occurs when a user is asked for permission for an app to access location information. Typically, this message pops up the first time an app is run. By clicking “ok” to the message, you are giving the app’s creator permission to copy a user’s entire photo library, without any additional notification or warning. The New York Times’ original report stated that no developer has actually been accused of copying a users’ photo library. Still, that hasn’t stopped Schumer from calling for an investigation.

"These uses go well beyond what a reasonable user understands himself to be consenting to when he allows an app to access data on the phone for purposes of the app's functionality," the senator said in a letter to the FTC. "Smartphone makers should be required to put in place safety measures to ensure third party applications are not able to violate a user's personal privacy by stealing photographs or data that the user did not consciously decide to make public," he added.

This isn’t the first time Apple has been questioned over privacy concerns. Last month, for example, we reported social app Path was uploading address book information without a users’ explicit permission, even though it was against Apple’s rules to do so. In addition, last April, Apple came under scrutiny over a similar issue. In what became known as “locationgate,” Apple was called to Washington when it was uncovered that iOS was permanently caching a users' location information. It was only after Apple eliminated the caching file that the government, and the public, were satisfied. Most likely, this current controversy will go away once Apple closes the photo library loophole. Should the US government be concerned about this latest privacy issue? We'd love to know your thoughts. 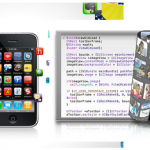 US Senator Calls For Apple, Google Investigation Over Privacy

US Senator Calls For Apple, Google Investigation Over Privacy
Nothing found :(
Try something else