You are using an outdated browser. Please upgrade your browser to improve your experience.
by Brent Dirks
March 7, 2012
The new iPad won't be sporting the full Siri experience. Those who were hoping for the full-on personal assistant that highlights the iPhone 4S will be a little dissapointed. The new iPad has voice dictation that support U.S. English, British, Australian, French, German and Japanese. Siri support was one of the most popular features that was rumored for the new iPad in the days leading up to the event. But even with a new microphone, new iPad buyers will only get a small taste of what Siri does for iPhone 4S users. While the voice recognition on the iPhone 4S is consistently accurate for me during use, why do you think Apple excluded Siri integration in the new iPad? Is the company working out the bugs in the system before brining it to tablets, or will Siri support remain iPhone only in the future? 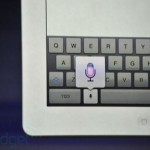 Voice Dictation Announced For New iPad
Nothing found :(
Try something else