You are using an outdated browser. Please upgrade your browser to improve your experience.
by Brent Dirks
April 17, 2012
Apple might be hoping to add a few dimensions to the future of iOS. According to The Verge, an Apple job listing is looking for an iOS software engineer to "strengthen its multi-view stereo research group." For the common consumer, that’s also known as 3-D. The job listing is fairly broad after that nugget of information. An applicant needs to have a Ph.D. in a computer vision related field such as mathematics, physics or computer science. Apple has filed numerous patents regarding 3-D over the years, but no product has ever been released with the technology. The Verge speculates that the opening could be for a future iOS map system, a product featuring motion tracking abilities like Microsoft’s Kinect, or a camera feature. Other speculation has centered on some type of project for Apple’s rumored iPanel television. Beyond a few Android phones, the Nintendo 3DS has been the biggest piece of consumer technology featuring glasses-free 3-D. But the handheld gaming console has still struggled to find its footing. What product would you like to see Apple add 3-D capabilities to? Or is the technology just a gimmick? (Image via learnabout3dtv.com) 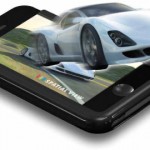 Apple Job Listing Hints At 3-D Future For iOS
Nothing found :(
Try something else