You are using an outdated browser. Please upgrade your browser to improve your experience.
by Brent Dirks
April 25, 2012
While Apple released a treasure trove of data during its quarterly earnings call yesterday, ZDNet has an interesting break down of some of the staggering information regarding iOS device sales during the first three months of the year. During the quarter, Apple sold approximately 557,000 iOS devices that can access the App Store per day. That breaks down to more than 385,000 iPhones, almost 130,000 iPads, and around 42,000 iPod touches. (Sales for the iPod touch were not specifically discussed, but Apple CEO Tim Cook stated it accounted for "more than half" of the 7.7 million iPods sales during the quarter.) And while the iPhone has continued to drive the ship and be the most profitable product for Apple, the iPad is quickly becoming a major star. For the quarter, Apple sold 11.8 million tablets, an enormous 151 percent increase over the same period last year. Apple’s CFO Peter Oppenheimer also said yesterday that the company is selling iPads as fast as they can be made. Cumulatively, since its introduction a little more than two years ago, Apple had sold 67 million iPads. As Cook noted yesterday, it took the company 24 years to sell that many Macs, 5 years to sell that many iPods, and three years to sell that many iPhones. Sales of the iPad have also surpassed the iPod, which took yet another drop for the quarter. That should lead for continued profit for Apple since the iPad family ranges in price from $399 to $829, significantly higher than the iPod line. “The iPad has taken off in consumer segment, education, and the enterprise,” Cook said yesterday. “There is such an abundance of apps to do anything with. As the ecosystem gets better, and since we’re doubling down on making better products, there is no end in sight.” Sounds good to me. 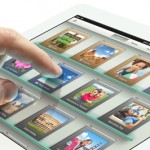 Apple Sells Staggering Amount Of iOS Devices During First Three Months Of 2012
Nothing found :(
Try something else