You are using an outdated browser. Please upgrade your browser to improve your experience.
by Joe White
May 19, 2012
Already, we've seen pictures of Ashton Kutcher in his black-tutleneck-blue-jeans costume for the upcoming "jOBS: Get Inspired" TV movie adaptation of the Apple co-founder's life. Now, we've heard that the movie is to begin filming in the actual house where Jobs was born - and better still, will include scenes in the garage were Jobs and Wozniak put together the first Apple computer, according to Apple Insider. The news was announced in a press release, which hit the Web recently:

The film chronicling the life of Steve Jobs, the Apple Inc. co-founder and charismatic master of innovation, begins principal photography in June and in keeping with the project's commitment to accuracy and authenticity, will film early scenes in the actual Los Altos home where Jobs grew up and in the historic garage where he and Steve Wozniak founded Apple.

So far, the only actor known to be attached to the project is Ashton Kutcher, though the word on the street is that Josh Gad from the "Book of Mormon" has been approached to play Wozniak. Producers hope to create a movie that is "dark, honest and uncompromising," and apparently the film should be finished by Q4, later this year.

If any more news hits the Web, we'll let you know - so be sure to check back with us. Source: Apple Insider. 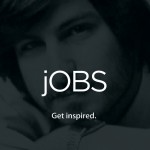 Ashton Kutcher's Steve Jobs Movie To Begin Shooting In The Original Garage
Nothing found :(
Try something else