You are using an outdated browser. Please upgrade your browser to improve your experience.
by Bryan M. Wolfe
June 29, 2012
It started when Bertrand Serlet left in March 2011 and continued in November when Ron Johnson exited to join J.C. Penney. This week, another important Apple executive has called it quits. Bob Mansfield, the company’s senior vice president of hardware engineering will leave the company in the coming months. All companies experience management changes. However, Apple’s core team has largely remained in place during the past decade. Unfortunately, it now appears that Steve Jobs’ three medical leaves and eventual death last October at age 56 have opened the floodgates to resignations. Tim Cook took over for Jobs in July 2011. What this means for the company in the long term, of course, is unknown. Still, there are some indications that all is not well in Cupertino. Take, for example, Serlet’s exit. Considered the brains behind Apple’s Mac operating system, Serlet left Apple after 22 years with the company. At the time, Serlet, in a vague response, said his exit was so he could focus “less on products and more on science.” Recently, however, Serlet’s true intentions became clearer. Since last year, Serlet has hired two other former Apple employees and launched a cloud computing startup known as Upthere. In addition, the Palo Alto, California company is in the process of hiring more employees that have a background in cloud computing. While little else is known about Upthere, one thing is certain: if Upthere is planning to offer cloud computing solutions, it could eventually compete with Apple. As Business Insider suggests:

It's clear the startup is looking to rethink the way people store files in the cloud, though just how this service will compare to options like Dropbox or Apple's own iCloud feature remains unclear.

Mansfield, for his part, has only announced that he is retiring. Still, one has to wonder if the chief engineer behind the iPhone, iPod, iPad, and Mac, is also exiting to do something else that could eventually hurt Apple. For example, could you imagine what future Google products would look like if Manfield was there? And finally, we’re left with Johnson, who, along with Jobs, helped create 327 Apple stores and Genius Bars, which lead to adding billions to the company’s bottom line. Sure, J.C. Penney has nothing in common with Apple, except that both companies run retail stores. However, Johnson’s heavily publicized “Every Day” price campaign has been heavily criticized. So much so that the company’s president resigned earlier this month. If Johnson was forced out at J.C. Penney, where would he land? Google, Microsoft, Amazon? I’m not saying that any of these exits will ultimately affect Apple in a bad way. After all, the company has a terrific bench of other employees ready to take leadership roles. Still, you've got to wonder who will be next to leave Apple; Jonathan Ive, Scott Forstall? Should Apple fans be concerned about these exits? 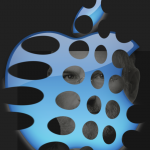 Another Management Exit Suggests Apple's Ride Without Jobs Could Be A Rocky One
Nothing found :(
Try something else