You are using an outdated browser. Please upgrade your browser to improve your experience.
by Bryan M. Wolfe
June 1, 2012
In a new court filing, Apple is again defending itself over alleged e-book price fixing, according to Macworld. Two months after the U.S. Department of Justice said it was going after Apple and two major publishers over alleged e-book price fixing, Apple is hitting back. In a new filing on Tuesday before a federal court concerning a separate class action lawsuit over the same issue, the company denies it had “strong incentives to help the Publisher Defendants restrain trade and increase the price of eBooks.” Instead, Apple claims Amazon is the true “market power” over e-book pricing. After all, Apple claims, they entered the e-book retail business with “no market share” and that part of its motivation to start an iBookstore was to “generate revenue and profits for the corporation and its shareholders and to avoid negative margins that it believed Amazon was incurring as it sold certain bestselling ebooks below cost, but Apple denies that it sought to do so by ‘driving prices’ above $9.99.” Since 2010, according to the government, Apple along with five of the nation’s largest publishers instituted an agency model to determine the prices of e-books. This model meant that publishers, not retailers, would set the price of books, with Apple receiving their automatic 30 percent cut. As a result, book prices across the board went up because no bookseller could undercut Apple. Since then, three of those five publishers have settled charges, including HarperCollins, Hachette, and Simon & Schuster. This leaves Apple, along with Penguin and Macmillan, the two publishers that chose not to settle with the DOJ, to defend themselves. You can read Apple’s whole response in the e-book case here. For more on our coverage of this continuing story, be sure to click here and here. Do you think Apple price fixed the e-book market? If so, what should be done? Source: Macworld 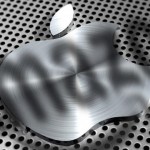 Apple Points Finger At Amazon In E-Book Price Fixing Case
Nothing found :(
Try something else