You are using an outdated browser. Please upgrade your browser to improve your experience.
by Joe White
June 28, 2012
Back in February, we heard that Apple was planning on overhauling its desktop iTunes app, and that the new, revamped digital music experience would launch alongside OS X Mountain Lion. Now, Bloomberg has reported that this is indeed the case, noting that the new iTunes will launch before the end of the year, "according to people with direct knowledge of the matter." As outlined in Bloomberg's report:

Apple will unveil the changes by year’s end, said the people, who asked not to be identified because the plans aren’t public. The company will more closely integrate its iCloud file- storage service with iTunes so users can more seamlessly access and manage their music, videos and downloaded software apps across different Apple gadgets, the people said. Apple also plans new features for sharing music, the people said.

9to5Mac has quite sensibly speculated that the social features won't be powered by the soon-to-be-doomed Ping, but rather by Twitter and Facebook, which Apple has already integrated within the iOS. The website also notes that Apple's acquisition of Chomp might have something to do with the expected iTunes revamp, even though evidence of a Chomp-tweaked iTunes has already been noted in the current version of the desktop app. If an all-new iTunes is to debut this year, it's likely Apple will save the announcement for its fall event. At the same event the Cupertino, CA company is also expected to unveil the sixth-gen iPhone, and to release iOS 6 to the general public. Excited much? Source: Bloomberg Via: 9to5Mac 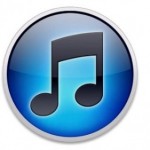 Bloomberg: Apple Indeed Plans To Revamp Desktop iTunes For Launch Later This Year
Nothing found :(
Try something else