You are using an outdated browser. Please upgrade your browser to improve your experience.
by Brent Dirks
June 5, 2012
Sprint Nextel’s Virgin Mobile arm will be offering the iPhone without a contract as soon as July, according to a report today from MarketWatch. The deal will apparently help Sprint satisfy its commitment to purchase $15.5 billion worth of iPhones over four years. Sprint has sold approximately 3.3 million iPhones to on-contract customers since October. The news comes after Cricket Communications recently announced that it will be the first prepaid carrier to offer the iPhone without a contract. The carrier, which also utilizes Sprint’s network, will charge $399 for an 8GB iPhone 4 and $499.99 for the 16GB iPhone 4S. A plan with unlimited voice, text, and data is $55 per month. Prepaid carriers open up another demographic for the iPhone since there is no contract or credit check. If Virgin Mobile  does begin to offer the iPhone, the company covers a much wider service area than Cricket. While Cricket’s service covers most United States, users must purchase the handset in an area that covers about 60 million people, or about 20 percent of the U.S. population. Virgin Mobile's service reaches approximately 276 million people in the United States. Plans on Virgin Mobile start for as low as $35 per month with unlimited data that is throttled after a customer uses more than 2.5GB per month. The report said it was “unclear” whether the iPhone would work on current plans. Source: MarketWatch 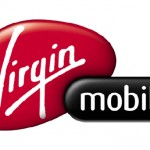 Report: Virgin Mobile USA Will Soon Offer The iPhone
Nothing found :(
Try something else