You are using an outdated browser. Please upgrade your browser to improve your experience.
by Brent Dirks
July 13, 2012
In the seemingly never-ending patent battle with Samsung, FOSS Patents has found that Apple has taken an aggressive tactic with retailers in the United States. Sometime in late June and early this month, Apple sent letters to retailers of both the Galaxy Nexus smartphone and Galaxy Tab 10.1 demanding that the products be immediately removed from the shelves. And not surprisingly, Samsung wasn’t pleased with Apple’s move against retailers of its products:

Samsung claims that "Apple's menacing letters greatly overreach, incorrectly claiming that third-party retailers are subject to the prohibitions of the preliminary injunction, which they clearly are not". In Samsung's opinion, "they are permitted to sell their existing inventory, even without a stay".

The letters came after Apple was granted temporary injunctions against sales of both the Galaxy Tab 10.1 and Galaxy Nexus smartphone. But just days later, an appeals court granted a stay of the injunction against the smartphone. The injunction still applies to the somewhat aging and obsolete Galaxy Tab 10.1 And the battle between the two companies continues to stretch across the globe. Recently, in the United Kingdom, Samsung’s lawyers convinced a judge that the Galaxy Tab 10.1 shouldn’t be removed from shelves because it isn’t “as cool” as the iPad. Source: FOSS Patents Via: The Verge 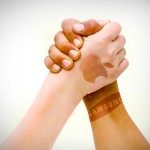 Apple Takes Aggressive Tactic In Ongoing Patent Battle With Samsung In The United States
Nothing found :(
Try something else