You are using an outdated browser. Please upgrade your browser to improve your experience.
by A.T. Faust III
July 10, 2012
A few months ago, we got wind of a little scheme Google was running wherein they used a hacky bit of code to gain access to Mobile Safari's tracking information without any end user consent. However, unlike the Path debacle that struck just one week prior, the search giant's bold bit of data-mining didn't whip up any real public outrage. Fortunately, the FTC was plenty upset enough for everybody. And to prove it, they're fining Google a record $22.5 million dollars. As The Wall Street Journal reports,

[t]he fine is expected to be the largest penalty ever levied on a single company by the U.S. Federal Trade Commission. It offers the latest sign of the FTC's stepped-up approach to policing online privacy violations, coming just six months after The Wall Street Journal reported on Google's practices.

Still, $22.5 million is a mere drop in the bucket for the likes of Google, and though it's certainly a strong(ish) deterrent for such future "oversights" perpetrated by tech brands in general, I can't help but think said record will fall fairly soon. After all, like most folks' expectations for Internet privacy, records were made to be broken. Source: The Wall Street Journal Via: Cult of Mac 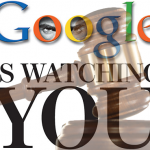 Google Fined Record Amount For 'Spying' On Mobile Safari Users
Nothing found :(
Try something else