You are using an outdated browser. Please upgrade your browser to improve your experience.
by Bryan M. Wolfe
July 26, 2012
So you've read about the new features and tricks in OS X Mountain Lion. Now, let’s address some important capability issues you might not be aware of.

Mountain Lion, which is available now in the Mac App Store, can only be installed on the following Mac devices: We cannot stress this enough: If your Mac isn’t on the list, you cannot upgrade.

One of the coolest features in Mountain Lion is also the one that won’t work on most Macs. AirPlay Mirroring requires a second-generation Apple TV or higher. Additionally, it is only supported on the following Mac devices: Those will older Macs, however, do have a third-party solution for AirPlay Mirroring. For $10, you can use AirParrot. Power Nap, another nice OS X feature, is only usable on the MacBook Air (Mid 2011 or newer), and the MacBook Pro with Retina display. For the entire list of feature-specific requirements for Mountain Lion, please visit Apple’s website. We hope this report helps you determine whether OS X Mountain Lion is right for you. 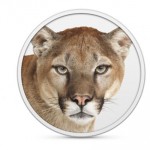 Mountain Lion Won't Play Nice With Everyone's Mac
Nothing found :(
Try something else