You are using an outdated browser. Please upgrade your browser to improve your experience.
by Joe White
July 7, 2012
In an article recently published by the Japanese blog Macotakara, it is claimed that Apple's rumored "iPad mini" tablet computer is indeed launching later this year, and that the new, small-size iDevice will be produced in Brazil. Since Google announced its Nexus 7 tablet, we've been feeling confident that Apple will follow-up with a similar release later this year. Apple won't want to hand over any of its tablet marketshare to Google, and therefore must provide its customer base with a similar, small-size tablet that's equally easy on the wallet. Furthermore, we've been hearing rumors regarding the launch of an "iPad mini" long before Google's recent I/O announcement introduced the Nexus 7 to the world. Now, Macotakara claims that these rumors are indeed accurate, and that the upcoming iDevice will be produced in Brazil (after having its parts manufactured in China). In addition, the source claims that the new iPad will be a cellular, 3G iDevice, though it is noted that not every iPad-carrying carrier will be on-board for the launch of the smaller iPad later this year. With regards to size, Macotakara's report claims that the iPad mini will sport a 7.85-inch display. Finally, the report claims that we could see the launch of the "iPad mini" as early as September. Does the sound of a small-size, cheap iPad excite you? Let us know your thoughts on this latest "iPad mini" rumor in the comments. Source: Macotakara Via: 9to5Mac 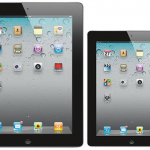 New Rumor Suggests 'iPad mini' To Be Produced In Brazil

New Rumor Suggests 'iPad mini' To Be Produced In Brazil
Nothing found :(
Try something else