You are using an outdated browser. Please upgrade your browser to improve your experience.
by Tommy Ly
July 15, 2012
Remember that Steve Jobs biopic that went into production last month? You know, the one that's starring Ashton Kutcher and was scouting for extras on Craigslist? Well, if you missed out on that opportunity to receive low pay and no recognition, then you're in luck. According to 9to5Mac, the minds behind the Steve Jobs film are looking for extras to be in two scenes that will be filmed this upcoming week in Pasadena, California. Specifially, the producers are looking for extras to pose as "business men, computer nerds, salesmen, and lookie-loos." Extras are needed to film scenes depicting the 1983 PC Conference (Monday, July 16th) and the 1977 Computer Jobs Faire (Tuesday, July 17th). 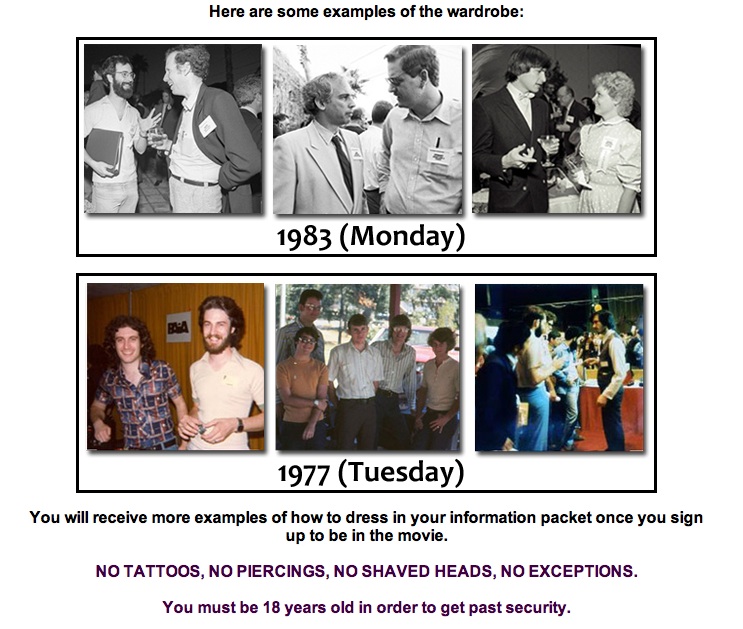 If you haven't heard of the movie, here's a description from BeInAMovie's ad:

This is the story of Apple Founder Steve Jobs' remarkable journey to become one of the world's most influential figures. You know that feeling where everything seems like a dream, even though it's happening all around you? Get the idea? Hey, even I can't wait to see this film and with all these stars!

There you have it. This will be a dreamy, star-studded Steve Jobs story. If this sounds like something you'd like to be a part of, keep in mind that you won't be getting paid for your contribution. However, you will receive a free copy of the production company's booklet, "How To Be A Paid Extra," which features over 30 pages of "insider information" on how to get paid to stand in the background. Good stuff. Plus, you'll get to potentially spend time with Ashton Kutcher, James Woods, and other famous actors. Head over to BeInAMovie if you're interested in signing up and be sure to let us know how it goes! Source: BeInAMovie Via: 9to5Mac 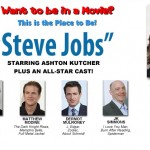 Now Is Your Chance To Be An Extra In The Steve Jobs Biopic!

Now Is Your Chance To Be An Extra In The Steve Jobs Biopic!
Nothing found :(
Try something else