You are using an outdated browser. Please upgrade your browser to improve your experience.
by Aldrin Calimlim
July 2, 2012
Apple has reached a settlement with Proview in order to resolve the two companies' long-standing dispute over the iPad trademark, reports the Associated Press. The popular iDevice maker has agreed to pay the Chinese manufacturer $60 million. "The iPad dispute resolution is ended," declared the Guangdong High People's Court. "Apple Inc. has transferred $60 million to the account of the Guangdong High Court as requested in the mediation letter." The dispute is rooted in a serious misunderstanding that arose when Apple purchased the worldwide rights to the iPad name in 2009. The California-based company transacted with a Proview affiliate in Taiwan for $55,000. But it turned out that, according to Chinese authorities, the rights to the trademark in China were not part of the deal. Well, not anymore they're not. The prospect of a court-backed mediation had been suggested in the past couple of months. In fact, Proview was reported to be seeking as much as $400 million in settlement on account of its apparent bankruptcy. AP reports,

Proview hoped for more money but felt pressure to settle because it needs to pay debts, said a lawyer for the company, Xie Xianghui.

And with that, the much-publicized Apple vs. Proview saga has ended. Our friends at Cupertino can now rest easy. For one thing, they need not face the delicate task of thinking of a replacement for the iPad name in China, which is Apple's second largest market. Source: Associated Press Via: MacRumors 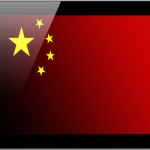 The Apple Vs. Proview iPad Trademark Saga Has Ended

The Apple Vs. Proview iPad Trademark Saga Has Ended
Nothing found :(
Try something else