You are using an outdated browser. Please upgrade your browser to improve your experience.
by Bryan M. Wolfe
July 5, 2012
For those customers that stood in line just four months ago to buy the new iPad, we’ve got some disappointing news for you. Apple may release the fourth-generation iPad as early as this September, according to Apple Daily and Digitimes. According to sources, the new tablet will include a better performing battery and an enlarged camera lens. Additionally, the newer new iPad could come with Sharp’s new IGZO display and a thinner case. Assuming this report is true, it could be Apple’s way of validating a concern many have had with the new iPad’s battery life. Additionally, it would be the strongest indication yet that Cupertino wants to diminish Samsung’s role as an iDevice supplier. Recall that the two technology companies remain embroiled in ongoing patent disputes with Apple believing Samsung copied the iPad when it released the Galaxy Nexus. In June, news first surfaced that the next iPad would include Sharp’s IGZO display. The current iPads use screens made by Samsung.

Apple has every right to release a newer iPad whenever they want, but doing so this fall would certainly feel like a bait and switch to many. This would especially be true for those customers that buy new iDevices each time Apple makes new models available. With a backlash almost guaranteed, Apple would have to be honest with their customers about why an iPad refresh later this year is necessary. After all, if Apple replaces the new iPad just months after it was released, customers will want to know why. Specifically, they will want to know what is wrong with the iPad they just spent hundreds of dollars on. Personally, an acceptable reason is not that they are moving to a different iPad screen supplier. Besides, if the new iPad’s battery is so bad, why didn’t Apple tell us this beforehand? These reports, which I'd like to stress are only rumors, come at a time when numerous sources suggest Apple will release a first-generation iPad “mini” later this year along with the sixth-generation iPhone. Do you really think Apple will release the fourth-generation iPad this fall? Sources: Apple Daily and Digitimes 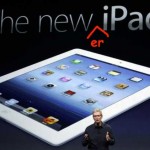 The Fourth Generation iPad Could Arrive As Early As September

The Fourth Generation iPad Could Arrive As Early As September
Nothing found :(
Try something else