You are using an outdated browser. Please upgrade your browser to improve your experience.
by Bryan M. Wolfe
July 17, 2012
On July 17, 2010, the first photo was uploaded to the service that would eventually become Instagram. The photo, which we’ve included here, was taken by Instagram founder Kevin Systrom, according to the Instagram blog. Although the free Instagram app wouldn’t be released until October 2010, the first photos on the service were uploaded three months earlier to an app named Codename. According to The Next Web, the photo was taken at Chilako Tacos in Todos Santos, Mexico.

Note that the image is stored on an Amazon CDN called Distillery, likely a reference to the product that Instagram evolved from, a social app called Burbn. And it only has 146 likes, we should fix that. 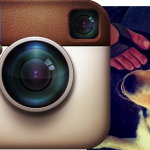 The Photo That Started The Instagram Sensation
Nothing found :(
Try something else