You are using an outdated browser. Please upgrade your browser to improve your experience.
by Joe White
August 6, 2012
Taking screenshots on an iPhone (by pressing the Home and Lock buttons together) is something a lot of folks do. Most AppAdvice writers, needing screenshots for their articles, do it on a daily basis; others might just want to share their Home screen designs with friends. A new jailbreak tweak - called "PreviewMaker" - promises to add an iPhone-frame to screenshots captured on a jailbroken handset, and also includes a number of editing options, allowing jailbreakers to create the perfect screenshot quickly and easily. Once downloaded and installed (for $1.99, via ModMyi) users of PreviewMaker can, as mentioned, place their screenshots within iPhone frames, kind of like the screenshot exhibited in this picture. You can choose whether you'd like a black or white frame, and in addition, PreviewMaker will register your iPhone's orientation, and will adjust the iPhone-frame accordingly. Clever, right? But that's not all. After housing your screenshot within a frame - be it black or white - users can then add additional effects to their composition. Redmond Pie reports:

Once the image has been selected from the camera roll, users can choose either a gorgeous white or black iPhone frame and then apply some additional visual tweaks such as adding a watermark and amending the opacity, as well as adding or removing the iPhone glare that enhances the appearance of the creation.

PreviewMaker feels more like an iOS application from the App Store, than a $1.99-jailbreak tweak. If you often shoot screenshots on your jailbroken iPhone, we can't recommend this jailbreak tweak enough. As mentioned, PreviewMaker can be yours for $1.99 - it's available in the Cydia Store via the ModMyi repository. Source: Redmond Pie 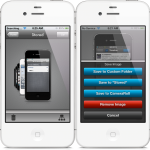 Add iPhone-Frames To Your Handset's Self-Portrait Screenshots With This Jailbreak Tweak
Nothing found :(
Try something else