You are using an outdated browser. Please upgrade your browser to improve your experience.
by Joe White
August 7, 2012
As if Apple's legal team didn't have enough to be getting on with. In the midst of the company's legal battle with Samsung, a Taiwanese man has accused Apple's FaceTime service of infringing a patent he owns. At the beginning of the month, Apple was able to settle its iPad trademark dispute with China-based Proview after paying-out a massive $60 million. Also recently, Siri - the company's virtual assistant, available for the iPhone 4S and third-gen iPad - has been causing the Cupertino, Calif. company's legal team grief due to the functionality of the service. Now, a new case has come to light: a Taiwanese man, whose surname is "Lee," insists that FaceTime infringes on a patent he owns for "voice network personal digital assistant" technology. According to The Next Web:

The man, whose surname is Lee, is reportedly not seeking specific compensation yet, but he has taken his case to the Intermediate People’s Court in Zhenjiang and is asking Apple to cease the violation. It’s said that Lee’s patent was first owned by a former employer, although it has since been transferred to him. His lawyer claims that he developed it to help reduce the need for the expensive overseas calls which he regularly incurred through work.

It could be that this case disappears without trace, but if any further news hits the Web regarding Mr. Lee's claims, we'll be sure to let you know. Source: M.I.C. Gadget Via: The Next Web 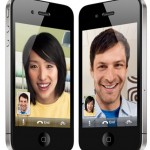 Apple Faced With Yet Another Legal Battle, This Time Involving FaceTime Service

Apple Faced With Yet Another Legal Battle, This Time Involving FaceTime Service
Nothing found :(
Try something else