You are using an outdated browser. Please upgrade your browser to improve your experience.
by Joe White
August 4, 2012
A new jailbreak tweak called "iOS X Ultimatum" promises to give jailbroken iDevices an OS X Mountain Lion-makeover, according to iDownloadBlog. In the latest major release of Apple's desktop operating system, the Cupertino, Calif. company has ported a number of iOS-specific features over to the Mac computer. However, if you wish that an opposite effect could be achieved - that your iPhone could become more Mac-like, rather than the Mac taking influence from iOS - consider downloading iOS X Ultimatum. Essentially, once downloaded and installed, this jailbreak tweak will make your iPhone look like a Mountain Lion-powered smartphone. The only problem, however, as with all similar jailbreak themes, is the usability of iOS X Ultimatum. Specifically, when this theme is installed, users will find that they have a hard time getting their iPhone to accurately respond to touchscreen actions performed on the handset. The super-small icons that sit along iOS X Ultimatum's faux Mac dock, for example, are troublesome to launch for this reason. Regardless of this, as iDownloadBlog notes:

Visually, though, iOS X Ultimatum is hard to beat. The graphics are sharp, and the dock and menu bar are easy to make out. It genuinely looks like OS X Mountain Lion was ported to the iPhone.

If you'd like to take iOS X Ultimatum for a spin, visit the Cydia Store and download it now. Currently, the jailbreak theme is available to purchase for $2.00, via the ModMyi repository. For more information, take a look at iDownloadBlog's video walkthrough below. 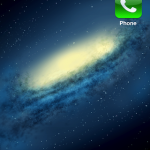 Give Your Jailbroken iPhone A Mountain Lion-Makeover With 'iOS X Ultimatum'
Nothing found :(
Try something else