You are using an outdated browser. Please upgrade your browser to improve your experience.
by Brent Dirks
August 6, 2012
Apple has just confirmed to The Verge that the YouTube app, which has been a staple of iOS since the original iPhone’s introduction in 2007, will not be included in iOS 6. The omission was first noticed when iOS 6 beta 4 was released earlier today. But it was unknown whether it was a deliberate omission until Apple confirmed the news:

Our license to include the YouTube app in iOS has ended, customers can use YouTube in the Safari browser and Google is working on a new YouTube app to be on the App Store.

YouTube’s disappearance marks another change in Apple’s relationship with Google. Apple introduced its own Maps App for iOS 6 at WWDC in June. In previous versions of iOS, Google provided the mapping data. The YouTube app has been stale to say the least in the last few versions of iOS. Do you think Google can improve it with a standalone version? Source: The Verge 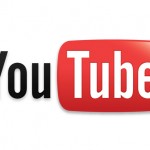 Apple Confirms YouTube App Won't Be Included In iOS 6, Google Working On Its Own Version

Apple Confirms YouTube App Won't Be Included In iOS 6, Google Working On Its Own Version
Nothing found :(
Try something else