You are using an outdated browser. Please upgrade your browser to improve your experience.
by Aldrin Calimlim
August 27, 2012
Both sides of the recently concluded Apple vs. Samsung court battle released their official statements shortly after the verdict was made in favor of the former tech company. But it’s only now that Google, through a statement made to The Verge, has responded to the issue at hand. Albeit rather indirectly, Google is involved in the much-publicized lawsuit. This is by virtue of its being the company behind Android. Android is, of course, the operating system that powers the Samsung devices contested by Apple. However, in response to the outcome of the lawsuit, Google is quick to point out that most of the patents associated with the case “don’t relate to the core Android operating system.” Google is effectively dissociating Android and, by extension, itself from the case. But it does affirm its commitment to “work with our partners to give consumers innovative and affordable products,” adding that “we don't want anything to limit that.” Google’s statement is republished in full below:

The court of appeals will review both infringement and the validity of the patent claims. Most of these don't relate to the core Android operating system, and several are being re-examined by the US Patent Office. The mobile industry is moving fast and all players — including newcomers — are building upon ideas that have been around for decades. We work with our partners to give consumers innovative and affordable products, and we don't want anything to limit that.

According to the court ruling, Samsung has been found guilty of infringing on a number of Apple’s patents. As a consequence, Google’s South Korean Android device manufacturing partner owes the Cupertino-based iOS device maker more than $1 billion in damages. Source: The Verge 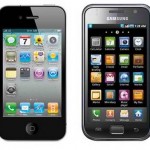 Google Says Patents In Apple Vs. Samsung Case Essentially Have Nothing To Do With Android

Google Says Patents In Apple Vs. Samsung Case Essentially Have Nothing To Do With Android
Nothing found :(
Try something else