You are using an outdated browser. Please upgrade your browser to improve your experience.
by Juli Clover
August 24, 2012
The nine-person jury that will be deciding the fate of Samsung and Apple in their ongoing U.S. trial has just reached a verdict. The group heard closing arguments from both Samsung and Apple on Tuesday, where Apple reiterated its stance on Samsung’s penchant for copying Apple designs, and Samsung whined about Apple stomping on fair competition. Since then, the jury, which is composed of seven men and two women, have been in the San Jose Courthouse going through 109 pages of jury instructions, plus box after box of evidence, including a slew of contested smartphones and tablets. To reach a conclusion, jurors had to complete a 20-page verdict form riddled with charts and yes and no questions to ferret out which devices violated patents, and which company was responsible. Jurors also needed to decide on the final damage tally. What’s at stake? Apple has requested $2.5 billion in damages from Samsung when filing the lawsuit, and Samsung countersued for $519 million. Judge Lucy Koh is currently reviewing the verdict right this minute, so stay tuned. We’ll be hearing the results shortly. UPDATE: The jury found every Samsung device involved in the trial guilty of infringing on several of Apple's patents. While some devices, like the Galaxy Tab, violated multiple patents, others got away with an infringement on just one or two. Samsung's infringement was found willful for many of the devices, and no patents were proven to be invalid. Samsung was not found guilty of infringing on the D'889 patent, which involved the appearance of the iPad. Damages were just announced. Samsung will be paying Apple more than a billion dollars. $1,051,855,000, to be exact. Samsung will be paying out more than $57 million for the Prevail, $44 million for the Infused 4G, $53 million for the Mesmerize, $3 million for the Replenish, and just under a million for the Transform. The judge is announcing the verdict on Samsung's claims against Apple. Apple did not violate any of Samsung's utility patents, and did not prove any of them invalid. Samsung was found unable to enforce patents '516 and '941. Samsung's legal team is currently having a no good, very bad day. Apple won't be paying anything to the South Korean company. Apple may not have won on every patent, but the ruling has been a considerable victory for the company. 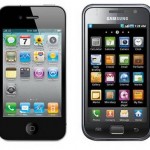 Jury Reaches Verdict In Samsung Vs. Apple Trial, Apple Emerges Victorious
Nothing found :(
Try something else