You are using an outdated browser. Please upgrade your browser to improve your experience.
by Aldrin Calimlim
August 26, 2012
Closely following AllThingsD’s “confirmation” that the iPad mini will debut only after the release of the next-generation iPhone, here comes yet another iPad mini-related “confirmation.” According to the Japanese Apple-centric blog Macotakara, the so-called iPad mini will indeed be called iPad mini.

According to Asian source, the name of Apple's new product, which are expected to have 7"85' and called as iPad mini, will be named as "iPad mini" officially. This source expects that "iPad" logo will be printed on back of case same as "iPod" is printed on iPod nano and iPod touch, and it means one new product will be added on iPad's product brand genre.

Should it prove correct, the iPad mini name will be consistent with the company’s previous iPod mini and Mac mini brands. In addition to conjecturing about the nomenclature of the long-rumored smaller version of Apple’s bestselling tablet, Macotakara puts forth further speculation about the new iPod nano. The next iteration of the iPod nano, Macotakara believes, will feature Wi-Fi connectivity. Previously reported as having an iDevice-like rectangular touchscreen and home button, the new, Wi-Fi-enabled iPod nano will presumably support iTunes in the Cloud and iTunes Match.

Next iPod nano may equip Wi-Fi antenna on side of that case, and support iTunes Music Cloud in order Apple to provide a iconic product to promote the largest Music Store in the world.

I wonder, though, whether the next iPod nano will also support Web browsing and other key iOS functions with its supposed Wi-Fi capability. Well, if that were the case, the next iPod nano might as well be called iPod touch mini, amirite? Source: Macotakara Via: 9to5Mac 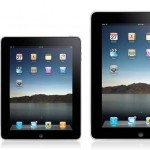 It's Official! Well, Sort Of ... iPad mini Will Indeed Be Called iPad mini

It's Official! Well, Sort Of ... iPad mini Will Indeed Be Called iPad mini
Nothing found :(
Try something else