You are using an outdated browser. Please upgrade your browser to improve your experience.
by Bryan M. Wolfe
August 1, 2012
With the sixth-generation iPhone expected to arrive in September, now is not exactly the best time to buy Apple’s popular handset. Just to be sure, AT&T employees are said to be telling customers to buy Android or Windows phones instead of the iPhone, according to BGR. Is AT&T's decision temporary, or does it suggest something else is brewing in the cellular world? According to the report, the nation’s second largest carrier is “instructing store managers to pump the brakes on Apple’s iPhone.” Instead, employees are pushing customers to buy Android phones or Windows Phone handsets like the Nokia Lumia 900. BGR has confirmed this directive with three independent sources. Last month, AT&T reported iPhone sales of 3.7 million units, which accounted for 72 percent of all smartphone activated in the April through June quarter. This number was down 14 percent from the previous quarter. On the surface, AT&T's decision to stop promoting the iPhone shouldn’t come as a surprise. After all, a new handset is set to arrive in a few weeks. Still, the second part of the report is much more alarming:

In addition, AT&T retail staff in at least some locations are no longer permitted to obtain iPhones as their company-owned devices, and must instead choose an Android smartphone or a Windows Phone.

This news follows similar reports earlier this year about Verizon Wireless. In May, we reported that the nation’s largest cellular carrier was actively encouraging customers to purchase Android phones and not the iPhone 4S or iPhone 4. Stories such of these makes one wonder whether rumors about Apple buying a stake in Sprint could prove to be correct. Were Apple to purchase all or part of the nation's third-largest carrier, it could prove to be a huge game changer. Besides, it would probably be news that neither AT&T nor Verizon Wireless would be happy about. Recall that in March, rumors began swirling that Apple was interested in becoming their own carrier. AT&T has sold the iPhone since the first model arrived in 2007. Verizon Wireless began selling the iPhone 4, and then the iPhone 4S, beginning in January 2011. Sprint became an Apple carrier in October. As a reminder, the next iPhone could be unveiled as early as Sept. 12, with a U.S. release on Sept. 21. These dates, which have been reported by three separate sources, remain rumors. We’ll keep you updated. After BGR originally posted their report, AT&T responded to charges they were no longer promoting Apple products in their U.S. stores. They state:

The idea that we would steer any customer away from a particular device couldn’t be more farfetched.  Our reps do what it takes to align customer needs with the best device for them.  iPhone remains one of our most popular devices, which doesn’t happen by steering people away from it. Our reps are encouraged to try all devices so they are more knowledgeable on our industry-leading smartphone lineup. 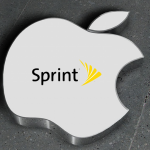 Moves By Competitors Suggest Apple Buying Sprint Might Be More Than A Rumor
Nothing found :(
Try something else