You are using an outdated browser. Please upgrade your browser to improve your experience.
by Brent Dirks
August 27, 2012
Start naming top-notch iPad cases, and the DODOcase is bound to come up. Heck, it’s even good enough for the president of the United States. The San Francisco based company was one of the pioneers of iPad cases, with the first edition hitting the market in April 2010. The case has gone through a few revisions, but the basic idea has remained the same. Using traditional bookbinding techniques, each case is handmade and mimics the look of a real journal. But not content to rest on its laurels, DODOcase recently released an updated and improved version. The majority of the improvements in the new edition are focused on the bamboo tray that holds the iPad. After going through more than 100 prototypes and 250 drop tests, the redesigned tray is said to be 230 percent stronger. The case should also be able to withstand a drop from 2.5 feet without being damaged. The refinements add a total of just 9 grams to the already lightweight case.

First off, the case really looks great. While I know some think of leather as the ultimate premium case material, the DODOcase looks just as nice. And when I say the case really mimics the look of a book, I mean it. Just walking down the street, the solution doesn't automatically tell everyone that you’re carrying and iPad, adding an extra layer of security. The case I received, the pictured Sand/Earth edition from the Spring/Summer collection really stands out. The two brown colors really fit well together, and I’ve enjoyed the elastic strap that helps keep the case shut when not using your iPad. Along with improvements to the tray, the new version also features an optional hole for the iPad’s back camera and a very sturdy bamboo on-and-off switch. The front of the case also contains the built-in magnets that can automatically switch the iPad on and off. The new tray design really works out nicely. Along with having access to all of the iPad’s ports and buttons, I felt like my iPad was held in very securely. And while I didn’t test out the drop claims, it’s nice to know that the case can hold up to some wear and tear.

My only gripe with the DODOcase, and albeit a small one, is that the case doesn’t feature as many viewing angles as similar folio-type cases. There are only two options – a simple typing setup or a movie viewing angle. I missed the ability to place my iPad at multiple angles like with the recently reviewed Canvas case from SwitchEasy.

Put simply, the DODOcase is one of the best solutions available for protecting your new iPad or iPad 2. And the improvements in the updated edition only make the case that much better. And another big plus is the case’s cost. The line starts at a reasonable $59.95 for the Classic Edition. The Essentials line is $69.95 while the Spring/Summer line is $10 more. You can place an order directly through the company’s website. 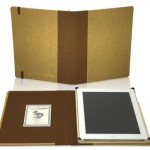 Product Review: The Updated DODOcase Is One Of The Best Options You’ll Find To Protect Your iPad

Product Review: The Updated DODOcase Is One Of The Best Options You’ll Find To Protect Your iPad
Nothing found :(
Try something else