You are using an outdated browser. Please upgrade your browser to improve your experience.
by Bryan M. Wolfe
August 28, 2012
Two new reports suggest that the next iPhone won’t include NFC, or near field communication technology as long rumored. Both AnandTech and The Loop have suggested that a recent photo of the sixth-generation iPhone did not show an NFC module as originally believed. As such, both are suggesting that Apple’s next handset won’t include "e-wallet" functionality after all. NFC, which is also known as radio frequency identification, or RFID, is already available on some Android devices. It would make buying a cup of coffee or a new dress, for example, as easy as swiping your iOS device at checkout. AnandTech suggests that the alleged photo, which AppAdvice published earlier this week, shows a piece of equipment that wouldn't support NFC. 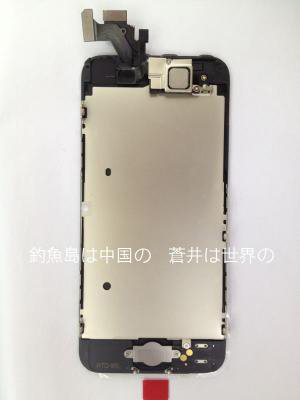 Given the primarily metal backside of the new iPhone, it's highly unlikely that NFC is in the cards for this generation. In fact, given the very little space at top and bottom dedicated to those glass RF windows, you can almost entirely rule it out.

The Loop’s Jim Dalrymple concurs, stating simply, “Yep,” to the analysis done by AnandTech. Given that competitors are already using NFC, this news is unfortunate, to say the least. Plus, it makes Apple’s new Passport app for iOS 6 sound much less exciting. First demoed in June, Passport is being advertised by Apple as one place to put your boarding passes, movie tickets, retail coupons, loyalty cards, and more. Of course, this wouldn’t be the first time that Apple refrained from introducing a technology that was already being offered by competitors. For example, Cupertino had long avoided making 4G/LTE technology standard on their iOS devices, despite others doing so. The next iPhone is expected to work on 4G/LTE networks, just as the new iPad does. However, this will arrive months, and even years after other cell phone providers had done so. Assuming NFC doesn’t arrive on the next iPhone, Apple may have concluded, as it had with 4G/LTE, that the technology isn't yet ready for the masses. Instead, they may have decided to wait until the technology becomes more mainstream. Personally, I hope the stories mentioned above are wrong. Of course, we’ll know soon enough as the next generation iPhone is likely to debut on Sept. 12. Stay tuned. Source: AnandTech and The Loop Photo: TechRadar 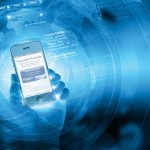 The One Feature That Might Not Be Coming To The Next iPhone After All
Nothing found :(
Try something else