You are using an outdated browser. Please upgrade your browser to improve your experience.
by Brent Dirks
August 27, 2012
With just a little more than two weeks until the next-generation iPhone is unveiled, another parts leak over the weekend is suggesting that the handset will have front-facing NFC hardware. The photos, first posted by apple.pro, show an interesting, square-shaped piece of hardware near the top right part of the handset. The first rumblings of the new iPhone being NFC enabled surfaced in June when 9to5Mac said the handset will contain NFC controllers connected directly to the power management unit. But this is the first apparent picture of the NFC module itself. If the handset does contain the technology, it is expected to tie in directly to Passbook, which will be introduced when iOS 6 is made public sometime this fall. The idea of front-facing NFC hardware isn’t all that unheard of. In a patent granted to Apple earlier this year, a drawing shows an NFC chip near the top left part of the handset. That patent details how a NFC-enabled handset would tie in with an iTunes billing system for credit card statements and records. And another published patent application from earlier this summer shows an iPhone controlling a standalone Apple television, the current Apple TV box, and a video game system. For more information about the next-generation iPhone, take a look at today’s story that highlights everything you need to know about the handset. Source: Apple.pro Via: 9to5Mac 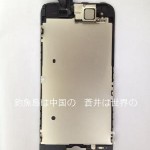 Photo Of Apparent Next-Generation iPhone Hardware Might Show NFC Technology
Nothing found :(
Try something else