You are using an outdated browser. Please upgrade your browser to improve your experience.
by Brent Dirks
September 7, 2012
Apple should be introducing a new version of the iPod nano, new iPod touch devices, and a revamped iPod shuffle along with the next-generation iPhone at Wednesday’s scheduled event in San Francisco. Following up on information originally posted earlier in the week, 9to5Mac has filled in the blanks from its first report. Probably the most interesting changes are coming to the iPod touch. Apple will apparently keep the current design basically intact for the lower capacity $199 model and offer redesigned units at $299 and $399 price points. Those redesigned models will come in “multiple variations.” And the site is inferring that the high-end iPod touch models will come in various colors for the first time. Because of the new codename, some design and internal changes are expected for the iPod nano. Rumors are focusing on Apple ditching the square shape and going back to a taller configuration and adding a touchscreen and Wi-Fi. The price and capacity shouldn’t differ much from the current high-end $169. Eight different colors will be offered. The iPod shuffle will remain mostly the same with few changes. It will still be $49, but offered in eight colors instead of the current generation’s five choices. While it looks like the color choices for the iPhone will stay at black or white, an iPod touch with other colors certainly sounds interesting. Source: 9to5Mac 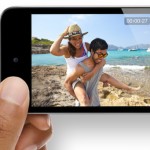 Changes To Apple’s iPod Lines Coming Into Focus
Nothing found :(
Try something else