You are using an outdated browser. Please upgrade your browser to improve your experience.
by Bryan M. Wolfe
September 20, 2012
Steve Brown has seen the future and it doesn’t include cash or credit cards. Instead, most purchases are made using Apple’s Passbook app, which launched with iOS 6. Brown has reason to hope that Apple’s e-wallet solution proves to be successful. As the principal and CEO of Florida-based accesso, Brown is in the theme park ticketing business. And in Passbook, the former Disney executive sees a vehicle in which to make mobile ticketing much more popular. Beginning this week, accesso, through partnerships with 11 Cedar Fair Entertainment theme parks, and the Columbus Zoo and Aquarium, will offer Passbook-based ticketing for admission. Their goal is to increase the number of customers using mobile tickets, which currently stands at just 4 percent of the overall ticketing market, but is expected to double during each of the next few years. Why Passbook? 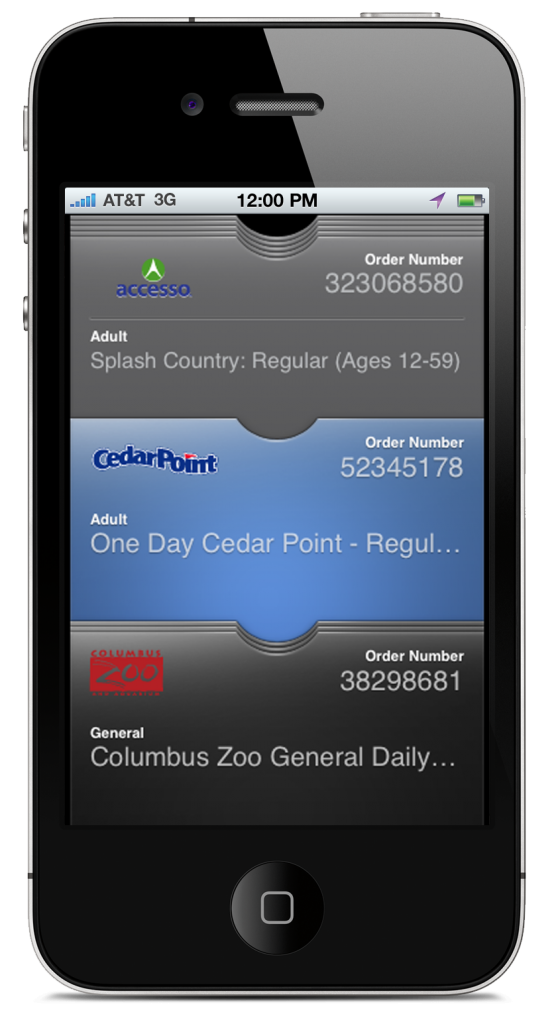 "A lot of (Apple's) money is going into this,” explains Brown."Because of this, we're convinced Apple is committed to making (Passbook) work." One of the reasons the CEO is excited about Apple getting into the e-wallet business has to do with Cupertino’s recent acquisition of AuthenTec, a fingerprint sensor technology developer. Brown believes that the skillset Apple gained from this purchase will mean big things in the future. In particular, he thinks that it will lead to better security tools in Passbook. These could include, for example, fingerprinting, iris scanners, voice verification, or other biometric solutions. This is one of the reasons Brown is banking on Apple, despite being unhappy initially with the company’s decision to not embrace near field communication hardware technology, or NFC with the iPhone 5. Instead, Passbook relies on software integration.

Google (through Android) hasn’t perfected NFC. Apple is no doubt working on the most amazing NFC product the world has ever seen.

For now, Brown is just happy to see his company’s Passbook solution being used in the real world after months of testing. As he explains:

September is a great month to debut (this service), since the month is a slow one at theme parks. By Halloween things will pick up.

To see accesso's system in action, be sure to visit a Cedar Fair Entertainment theme park or the Columbus Zoo and Aquarium. For more about accesso’s plans for ticketing, be sure to read Theme Parks Gearing Up To Offer Passbook Payment Options. For further reading on Passbook, click here. 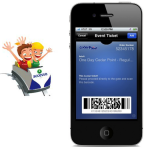 Developer Believes Passbook Is Just The Beginning In Apple's Quest To Create The Perfect E-Wallet Solution
Nothing found :(
Try something else