You are using an outdated browser. Please upgrade your browser to improve your experience.
by Brent Dirks
September 12, 2012
While the iPhone 5 is a strongly improved and upgraded handset, one previously rumored feature is missing - NFC technology. The first whispers that the new iPhone might contain NFC technology came back in June when code hidden deep inside iOS 6 pointed to support for the mobile payment technology. And as late as just a few weeks ago, it definitely looked like NFC would be in the new iPhone. When pictures of the handset leaked onto the Internet, an interesting piece of hardware near the top right part of the unit was thought the be the NFC chip. But that was quickly shot down as an analysis showed that the iPhone 5's hardware made the technology unlikely. Instead, Apple's Passbook ticketing/payment app will work with every iOS device from the iPhone 3GS up. Apple has previously filed a large number of patent applications for using NFC technology that could see iOS devices interact with a standalone TV, the current Apple TV box, and even a gaming system. And because of Apple's pattern of only redesigning the iPhone's hardware every two years, it may be a while before the technology appears in iOS devices. 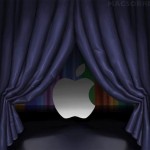 The iPhone 5 Is Minus NFC Technology

The iPhone 5 Is Minus NFC Technology
Nothing found :(
Try something else