You are using an outdated browser. Please upgrade your browser to improve your experience.
by Bryan M. Wolfe
September 25, 2012
As criticism about Apple’s new Maps app mounts, customers may be looking for another navigation app for their iPhone. Luckily there are many alternatives available. Most surprisingly, some of the best are available for free through mobile Safari. 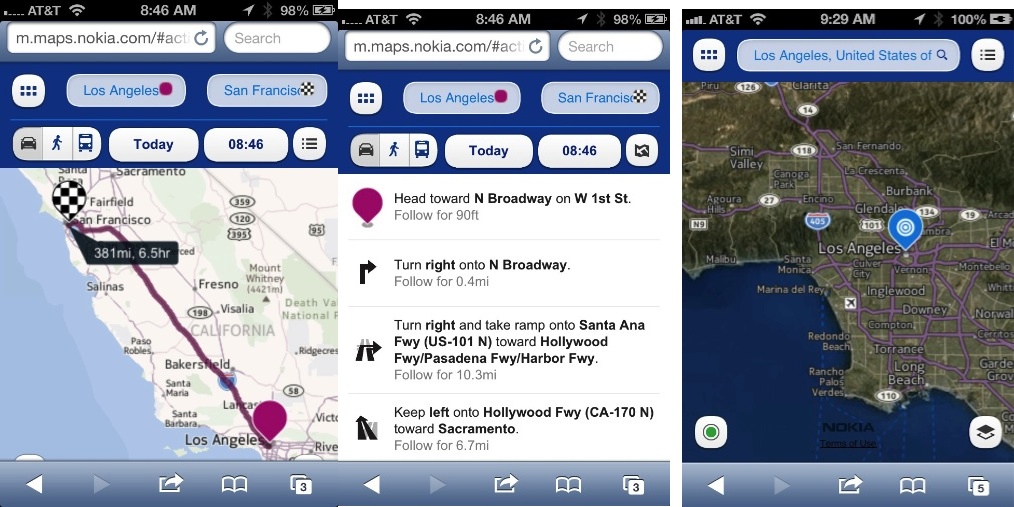 The best non-Google Maps solution for iOS customers could be Nokia’s web app. The app supports layers, traffic, public transportation, directions, and more. In addition, there are built-in points of interest such as restaurants and coffee shops. In addition, the maps support Map view, satellite view, a public transportation view, and live traffic views. To get started, navigate to m.maps.nokia.com on your iPhone. Pros: Most responsive of the group, lots of features. Cons: Maps less robust compared to other two, but only slightly.

Google Maps on the Web doesn’t include all of the features that came standard with the native app that Apple replaced. However, this doesn’t mean that the Web version won’t get you from point-to-point. Features include driving, transit, biking, and walking directions. Layers include satellite, traffic, and bicycling. To get started, go to maps.google.com on your iPhone. Pros: It's Google Maps, offering what are perhaps the best map views on the planet. Cons: It isn't Google Maps as a native app, and response time was sometimes less than ideal.

Finally, say hello to Microsoft’s own maps program, courtesy of Bing. Map layers include directions and show traffic. In addition, Bing offers three map styles: road, aerial, and bird’s eye. Pros: Map details are great, directions easy to follow. Quick response time. Cons: Far less options than other two. To get started, go to maps.bing.com on your iPhone. Each Maps app alternative here is worth a look. In particular, we were most impressed with what Nokia has to offer. Still, we believe that you'd be happy with any of them. For further reading, be sure to check out Google Maps Won't Be Returning To iOS Anytime Soon and Apple Speaks Out About Buggy iOS 6 Maps App. Coming tomorrow: The best turn by turn apps not made by Apple. 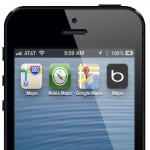 The Best Apple Maps Alternatives Aren’t Found In The App Store
Nothing found :(
Try something else