You are using an outdated browser. Please upgrade your browser to improve your experience.
by Joe White
September 29, 2012
Today, jailbreakers, is the day of JailbreakCon: a "worldwide jailbreak convention" set to take place at the South San Francisco Conference Center, Calif. If you haven't bought tickets for this exciting event, worry not. Because from nine a.m. PDT, the convention will be broadcast live online, over at USTREAM. This isn't the first JailbreakCon event. As many of you will remember, AppAdvice covered "MyGreatFest" (the former name of JailbreakCon) a couple of years ago, when the convention held its first event in London. It was an exciting, fun day, featuring jailbreak names from @saurik to @p0sixninja, and more. The JailbreakCon event in San Francisco is sure to follow suit, and as the team notes online, a selection of "big names" in the jailbreak community will be giving talks and holding workshops throughout the day. Remember, the event will start at nine a.m. PDT. I'll be watching, will you? 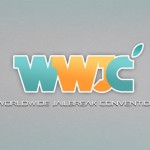 Today's JailbreakCon Convention Has A Live Stream, Starts at 9 A.M. PDT
Nothing found :(
Try something else