You are using an outdated browser. Please upgrade your browser to improve your experience.
by Joe White
October 8, 2012
Apple has reportedly placed an order with suppliers for 10 million "iPad minis," according to a report recently published by The Wall Street Journal. It has also been suggested that this order is double that of current Amazon Kindle Fire orders. As the report notes:

Some component suppliers to Apple in Asia say they have received orders to make more than 10 million units of the smaller tablets in the fourth quarter. That is roughly double the order that were placed for Amazon’s Kindle Fire tablets in the same quarter, these suppliers say.

So far, we've heard a lot about the iPad mini. Most recently, The Wall Street Journal noted some days ago that production of the small-size iDevice had indeed started. In addition, we're hearing that Apple could announce the iPad mini at a special event on Oct. 17. As always, we'll keep you posted. Source: The Wall Street Journal Via: The Next Web 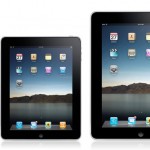 Apple Orders 10 Million 'iPad minis' From Suppliers?
Nothing found :(
Try something else