You are using an outdated browser. Please upgrade your browser to improve your experience.
by Bryan M. Wolfe
October 17, 2012
There is no denying that Apple’s upcoming special event will prove to be significant. It isn’t everyday a company of Apple’s stature announces a new product, let alone holds a second press event in a matter of weeks. However, the biggest news coming out of next week’s event in San Jose, Calif. might not be the launch of the so-called “iPad Mini.” Instead, it could be the re-launch of the new iPad. When Apple unveiled the iPhone 5 in September, it became the first mobile device in over a decade not to include the company’s signature 30-pin connector. Instead, the phone comes with Lightning, which is smaller than the connector it replaced. Lightning is also included on the new generation iPod touch and iPod nano. Because of this, many are expecting Apple to refresh the new iPad, which first launched in March, to include the new connector. However, rumors going back as far as July suggest this reboot wouldn’t just be about adding Lightning. Instead, the newer tablet would also include a better display and battery than the current model. Earlier this month, I suggested that by releasing a slightly revised tablet mid-stream, Apple risked angering current new iPad owners. I stated that: For one, doing so will almost certainly tick off current new iPad owners who only recently shelled out a lot of money for Apple’s tablet. Now just months later, those same owners could suddenly find themselves holding “last year’s model,” even though the year isn’t even over. For another, the launch of a second new iPad now seriously jeopardizes the prospect that future iPad models will launch each spring, which has been standard practice since 2010.  This uncertainty could spook investors who have grown accustomed to the current schedule that see spring iPads and fall iPhones. These risks, however, have failed to stop the narrative. Many are now convinced a “new” new iPad is coming, like it or not. For example, 9to5Mac recently reported that an “updated iPad 3” was possible, as did Gizmodo and Cult of Mac earlier this month. Will it happen? From a pure public relations standpoint, I hope not. Apple is still dealing with the iOS 6 Maps mess, and the iPad Mini will no doubt come with some type of first generation flaw that the company will have to address. Besides, why would they want to deal with another headache heading into the all-important holiday shopping season? AppAdvice will provide full coverage of Apple’s special event beginning at 1 p.m. EDT on Oct. 23. Hope to see you there. Should Apple release another new iPad this year? Photo: Charles Canturias 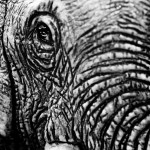 As Apple's 'iPad Mini' Event Nears, The Elephant In The Room Is Hard To Forget

As Apple's 'iPad Mini' Event Nears, The Elephant In The Room Is Hard To Forget
Nothing found :(
Try something else