You are using an outdated browser. Please upgrade your browser to improve your experience.
by Aldrin Calimlim
October 11, 2012
Apple has just posted a new TV ad for its new line of iPods, which have recently begun shipping. Last month, Apple released three ads for the new iPhone 5. Each of these ads, titled "Thumb," "Cheese," and "Physics," focused on a certain feature or selling point of the popular smartphone. This time, a single ad for all of the new iPods has been released, and it focuses on color. If you can't see the video embedded above, please click here. First shown during Apple's big event last month, the new ad highlights the different color choices available for its new iPod lineup. It also seems to show that the new iPod can bounce of their own accord. Titled "Bounce," the ad shows a multitude of iPod touches, iPod nanos, and iPod shuffles bouncing and changing colors to the beat of Willy Moon's "Yeah Yeah." And they do look that they're having lots of fun, making the ad itself fun to watch. The new iPod lineup featured in the ad comprises the new iPhone 5-like iPod touch, the new 2.5" multi-touch iPod nano, and the not-so-new-but-available-in-more-colors iPod shuffle. 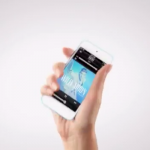 Bounce To The Beat Of Apple's New Colorful iPod TV Ad
Nothing found :(
Try something else