You are using an outdated browser. Please upgrade your browser to improve your experience.
by Joe White
October 20, 2012
The jailbreak extraordinaire, Nicholas Allegra - known more commonly as @comex - is no longer working for Apple, according to a Twitter update posted recently by the jailbreaker. However, before you get too excited, jailbreak fans should know that @comex doesn't plan on working on new jailbreak tools. Instead, he'll be focusing on his studies at Brown University. As noted, the news hit the Web via Twitter. Here are the updates, all of which were posted from @comex's account:

In a report published by Forbes, Andy Greenberg notes:

When I asked Allegra what he plans to work on now, he said he’ll focus on his work at Brown, and doesn’t foresee working on new jailbreaking tools for iOS any time soon.

Allegra started working for Apple back in 2011, and the jailbreak community lamented the loss of one of our most talented jailbreak masterminds. Remember, @comex is the man behind the one-stop JailbreakMe.com, and his work on iOS exploits has provided jailbreakers with numerous potential jailbreak solutions. Though @comex is going to be studying, rather than hacking, the fact that he's no longer working for Apple means we could see the jailbreaker re-involve himself in the jailbreak hacking scene sometime in the near future. For now, let's just keep our fingers crossed. Source: Twitter (1), (2), (3) Via: Forbes 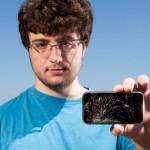 Comex Fired From Apple: He 'Forgot To Reply To An Email'

Comex Fired From Apple: He 'Forgot To Reply To An Email'
Nothing found :(
Try something else