You are using an outdated browser. Please upgrade your browser to improve your experience.
by Brent Dirks
October 2, 2012
Even with some faults, iOS 6 continues to be adopted by users at an astonishing pace. By the end of last month, ad network Chitika Insights says that more than 60 percent of iPhones were running the newest version of the operating system. The iPad was close behind with more than 45 percent of the tablets running iOS 6, which is a great number considering that the first-generation iPad isn’t capable of running the OS. And the situation is a little worse for the iPod touch. Only 39 percent of the devices are running iOS 6. The first two generations of the device can’t be upgraded past iOS 4. Officially released a little less than two weeks ago, iOS 6 was already on 15 percent of eligible devices in just 24 hours. Despite the quick adoption rate, the new OS has had its fair share of problems. Probably the largest amount of ire has been directed at the new Apple Maps, forcing CEO Tim Cook to write an apology letter offering alternative apps. Siri, despite promises of being upgraded, has still been showing a fair share of “beta” issues, even showing the incorrect weather for a number of common city names in numerous states. The much-hyped Passbook feature has also yet to take off. As of today, only a measly 11 apps have been upgraded to take advantage of the service. Source: Chitika Insights 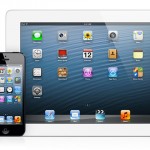 Despite The Flaws, More Than 60 Percent Of iPhones Now Running iOS 6

Despite The Flaws, More Than 60 Percent Of iPhones Now Running iOS 6
Nothing found :(
Try something else