You are using an outdated browser. Please upgrade your browser to improve your experience.
by Joe White
October 27, 2012
Apple's proposed "radio"-style music streaming service has left record labels very unhappy, particularly with the rumored revenue sharing plan. It seems that before labels sign a deal with Apple, most will be looking for a slightly better deal. As CNET reports:

Bloomberg reported this afternoon that Apple’s negotiations with the three top labels have “intensified” over an ad-support Web radio service that Apple hopes to launch early next year. But music industry executives who spoke with CNET said that some decision makers at the big record companies want Apple to sweeten the offer. The negotiations are ongoing so the terms could change, but the sources said Apple has offered to pay a lower royalty rate than Pandora pays even though it wants to provide iTunes users with the ability to do more with the music than Pandora’s customers enjoy. In exchange for this greater flexibility with songs, Apple is offering a percentage of the ad sales generated by the service. CNET’s sources say that some of the sector’s leaders don’t believe the cut Apple put on the table is big enough. Others in the music industry, however, argue it’s good for the overall business if Apple takes on Pandora.

It sounds like plans really are underway, and that Apple's Pandora-like service will launch as soon as deals have been "cut" with companies in the music industry. Remember, Apple had to get record labels on-board before it was able to launch the iCloud-powered iTunes Match. Hopefully, negotiations won't go on for too long. Excited? Let us know in the comments. Source: CNET Via: Cult of Mac 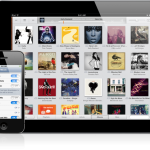