You are using an outdated browser. Please upgrade your browser to improve your experience.
by Bryan M. Wolfe
November 23, 2012
Samsung has stopped supplying Apple with batteries for the iPad and MacBook. Instead, Apple is now using Amperex Technology Limited and Tianjin Lishen Battery to power the products, according to Chinese Business News. This news is just the latest in a string that suggests the relationship between the two technology giants continues to unravel. In October, Samsung terminated their long-term liquid crystal display panel partnership with Apple. This followed an previous announcement that said Apple had already cut Samsung out of their display supply chain. Last month, Samsung raised, by 20 percent, the price they charge Apple for processors for iOS devices. Once Apple's biggest supplier, Samsung is now their biggest competitor. All of this unfriendliness comes at a time when the companies continue to be embroiled in patent disputes around the globe. It is unknown whether Samsung is still providing batteries to Apple for the iPhone. Via: Brightwire 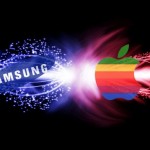 Battery Drain: Samsung Is No Longer Powering The iPad And MacBook

Battery Drain: Samsung Is No Longer Powering The iPad And MacBook
Nothing found :(
Try something else