You are using an outdated browser. Please upgrade your browser to improve your experience.
by Brent Dirks
November 21, 2012
Rockstar Games announced today that the 10th Anniversary Edition of Grand Theft Auto: Vice City will hit the App Store on Dec. 6 for $4.99 as a universal title. In its blog post, Rockstar said the app will bring the full experience of the classic PlayStation 2 game to iOS devices. Along with native support for Retina devices, the title will include updated character models and lighting effects. Also mentioned are new and more precise firing and targeting options and a fully customizable control layout. The title will be compatible with all generations of the iPad, the iPhone 4 and later, and the fourth- and fifth-generation of the iPod touch. Rockstar promised to release a trailer soon. The game was first announced in late October. And I’ll be very excited to wreak havoc in Miami (uh, I mean Vice City) on all of my iOS devices. Earlier this year, the company’s Max Payne Mobile hit the App Store. While I was a little hesitant to play the title, one of my all-time favorites, the control scheme easily transferred over to the touchscreen. Everyone at AppAdvice enjoyed the title so much that it received our coveted Game of the Week award. We’ll keep you up to date with any other information we hear about the app. 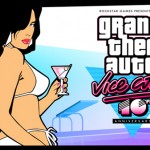 Grand Theft Auto: Vice City Will Blast Into The App Store Dec. 6
Nothing found :(
Try something else