You are using an outdated browser. Please upgrade your browser to improve your experience.
by Joe White
November 26, 2012
The iPad's prominence as a Web browsing device is no secret. Last year, NetMarketShare announced that the 9.7-Inch tablet accounted for 1 percent of worldwide Web browsing, and since then, the iPad's dominance in this sphere has only grown - especially following the launch of the small-size iPad mini. Now, we've heard from IBM that 88 percent of tablet-powered Black Friday purchases were made on an iPad computer. Just a few days ago, Black Friday brought us a huge selection of impressive sales from retailers (along with a fantastic selection of iOS app price-drops, too), and as such, folks were making online purchases both from desktop computers, and from tablets. The iPad, however, generated more Web traffic on Black Friday than any other smartphone or tablet, and was accountable for nearly 10 percent of all online purchases. When considering Black Friday purchases made from tablets alone, this means the iPad accounted for a massive 88 percent. As IBM notes:

The iPad Factor: The iPad generated more traffic than any other tablet or smart phone, reaching nearly 10 percent of online shopping. This was followed by iPhone at 8.7 percent and Android 5.5 percent. The iPad dominated tablet traffic at 88.3 percent followed by the Barnes and Noble Nook at 3.1 percent, Amazon Kindle at 2.4 percent and the Samsung Galaxy at 1.8 percent.

Of course, this is another indication of the iPad's role as a powerful handheld Web browsing device. Some folks cite the iPad's gaming capabilities as a reason to buy, while others set their tablets up as a word processing, document-editing touchscreen computer. However, at the very least, the iPad offers Apple fans an excellent Web browsing experience. IBM's latest figures prove that this is indeed the case. Did you make a Black Friday online purchase from an iPad? Source: IBM Via: TUAW 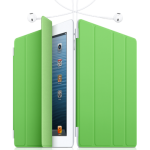 IBM: 88 Percent Of Tablet-Powered Black Friday Online Shopping Came From iPads
Nothing found :(
Try something else