You are using an outdated browser. Please upgrade your browser to improve your experience.
by Aldrin Calimlim
December 17, 2012
Apple has announced that it has sold over 2 million iPhone 5 units in China just three days after its launch in the country last Dec. 14. "Customer response to iPhone 5 in China has been incredible, setting a new record with the best first weekend sales ever in China," said Apple CEO Tim Cook. "China is a very important market for us and customers there cannot wait to get their hands on Apple products." The iPhone 5 was originally launched in the U.S. and 30 other countries in September. Apple then sold more than 5 million units of the device in the first three days of its availability. The iPhone 5's newly disclosed sales tally in China is similarly impressive. Notably, it runs counter to the lowered sales expectations shared by UBS analyst Steven Milunovich and his Chinese sources. "Some of our Chinese sources do not expect the iPhone 5 to do as well as the iPhone 4S," said Milunovich. In China, the iPhone 5 is currently available at Apple's local stores and resellers. It is also sold through local carriers China Unicom and China Telecom. Note that it's not available through China Mobile, the largest mobile carrier not only in the country but also in the entire world. China Mobile is said to be still in the rather long process of scoring a deal with Apple concerning the iPhone 5. Apart from disclosing the aforementioned sales figure, Apple has also noted that the iPhone 5 will be available in more than 100 countries by the end of the year. This, the company points out, amounts to the fastest rollout ever for its bestselling smartphone. Source: Apple Image: BGR 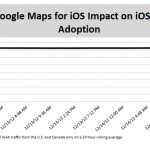 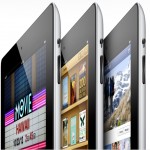 Walmart Offering Great Deals On The iPhone 5, iPhone 4S And Third Generation iPad
Nothing found :(
Try something else