You are using an outdated browser. Please upgrade your browser to improve your experience.
by Aldrin Calimlim
December 27, 2012
IGZO may just be the way to go for Apple in 2013. According to DigiTimes, Apple is considering the possibility of using IGZO displays for its iPhone, iPad, and iPad mini product lineup next year. The notably hit-and-miss Taipei-based news site claims on the basis of its insider sources that Apple is currently discussing the matter with Sharp. The iDevice maker is reportedly in talks with the Japanese electronics manufacturer, along with AU Optronics and Innolux Corporation, regarding IGZO panel production capacity estimates for 2013. Last April, Sharp, to which Apple manufacturing partner Foxconn has allocated some investments, announced that it had begun producing bulk volumes of IGZO panels. Knowing how much of these is available next year will help Apple decide whether it will be feasible to use IGZO technology for its next-generation iDevices. IGZO, which is short for indium gallium zinc oxide, makes for displays with higher pixel density, better touch sensitivity, lower power consumption, and smaller bezel allowances — all of which are welcome improvements in any iDevice. According to an insider expert, Apple originally planned on applying Sharp's IGZO technology on the third-generation iPad. But Sharp wasn't able to produce its IGZO displays in time, prompting Apple to revert to the more conventional amorphous silicon technology. This, in turn, led to the third-generation iPad as we know it: the first iPad to sport a Retina display, yes, but also the first iPad to be thicker and heavier than its predecessor. If Apple were to actually use IGZO displays next year, then we would indeed be looking at a thinner and lighter fifth-generation iPad. And maybe a thinner and lighter second-generation iPad mini. And perhaps a thinner and lighter iPhone 5S or iPhone 6 or whatever it's going to be called. Source: DigiTimes Via: MacRumors 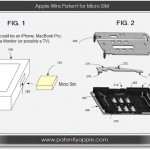 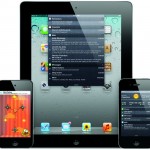