You are using an outdated browser. Please upgrade your browser to improve your experience.
by Bryan M. Wolfe
December 6, 2012
Tim Cook will be making some news tonight when his interview with NBC’s Brian Williams airs. In the “Rock Center” interview, the Apple CEO confirms that the company plans to start making Macs in the U.S. next year, according to Business Insider. In total, $100 million is being allocated to shift some manufacturing to the U.S. This follows reports that some of Apple’s new iMacs are shipping with the “Assembled in USA” distinction. Cook states:

We’re really proud of it. We could have quickly maybe done just assembly, but it’s broader because we wanted to do something more substantial.

Apple’s move stateside might not end with the Mac. In November, it was reported that Foxconn is planning to set up factories in the U.S for possible iOS device manufacturing. Already, Cook confirms that “the engine” for the iPhone and iPad are made in the U.S. Plus, the glass for each device is made in Kentucky. This isn't the first time Cook has mentioned moving manufacturing to the U.S. In May, he said that it was a possibility. This is great news for American manufacturing, which has seen jobs shipped overseas for decades. Of course, creating jobs here could lead to higher prices for Apple products. Cook, however, remained silent on this possibility. See also: Tim Cook Opens Up About His Recent Management Shakeup, Apple's Future and Olloclip Three-In-One Photo Lens Launches For iPhone 5, Made In USA. Source: Business Insider 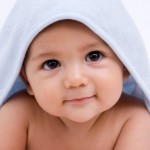 Apple And Mac Are Sitting In A Tree, K-I-S-S-I-N-G 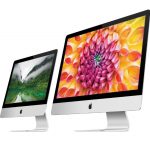 Ultra Thin iMacs Go On Sale Friday, Nov. 30
Nothing found :(
Try something else