You are using an outdated browser. Please upgrade your browser to improve your experience.
by Kathryn Zane
December 8, 2012
There is a meme on the Internet of a cat with a piece of bread over its head. This act of putting bread over a cat's head has become known as "breading cats." People have even developed apps about it. Bread Kittens is an iPhone and iPad game of breading kittens to capture them for epic Pokemon-like battles. You are a baker. The evil company ChowCorp has created tainted cat food that has made all the cats wild and aggressive. Basically, the cats have become weapons. Since they're so crazy, no one will adopt them and feed them. Your baker skills have been called upon to save the world. You must bake bread slices to capture kittens and loaves to protect them like armor. 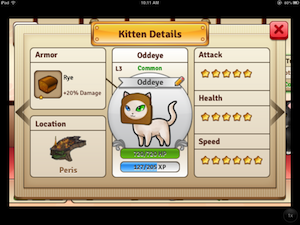 Bread slices work like Poke balls. When a feral cat is wounded enough, you throw a slice of bread at it. When you capture the cat, it will show it with the bread slice around its head. After you've captured it, you bake bread loaves to use as armor. To attack, there's a slider along the bottom that runs along a bell curve. The ends are a bronze attack. The middle is a silver attack. The height of the bell curve is a gold attack. Where you tap on the screen, the slider will stop on the curve. Whichever color it stops on determines your attack. It also determines the star rating you get at the end of the level. To get a three star rating, you have to hit the gold area every time you attack. Just hitting a lower color once will lower your score to that color. If you hit all gold attacks, and the last attack is a bronze attack, you'll get a one star rating. Each level has a trail of battles for you to fight. Your goal is to complete all the battles. There are bosses of uncommon cats at the end of each world. Along with your mission to complete the various battles is the challenge to capture all the cats. Luckily, every time you encounter a cat, the bread icon will place a check mark over it if you already have the cat. The currency of the game is flour. You earn flour for every battle you win. The higher star ratings provide you with more flour. You can use flour to bake bread for your cats and unlock recipes. There are also meow bucks. You can earn meow bucks by unlocking achievements and increasing your level. There are in-app purchases to get more flour and meow bucks if you feel so inclined. What Internet memes do you think should be turned into games? How would you play, and what are the rules? Bread Kittens is available in the App Store for the awesome price of FREE! [gallery link="file"] 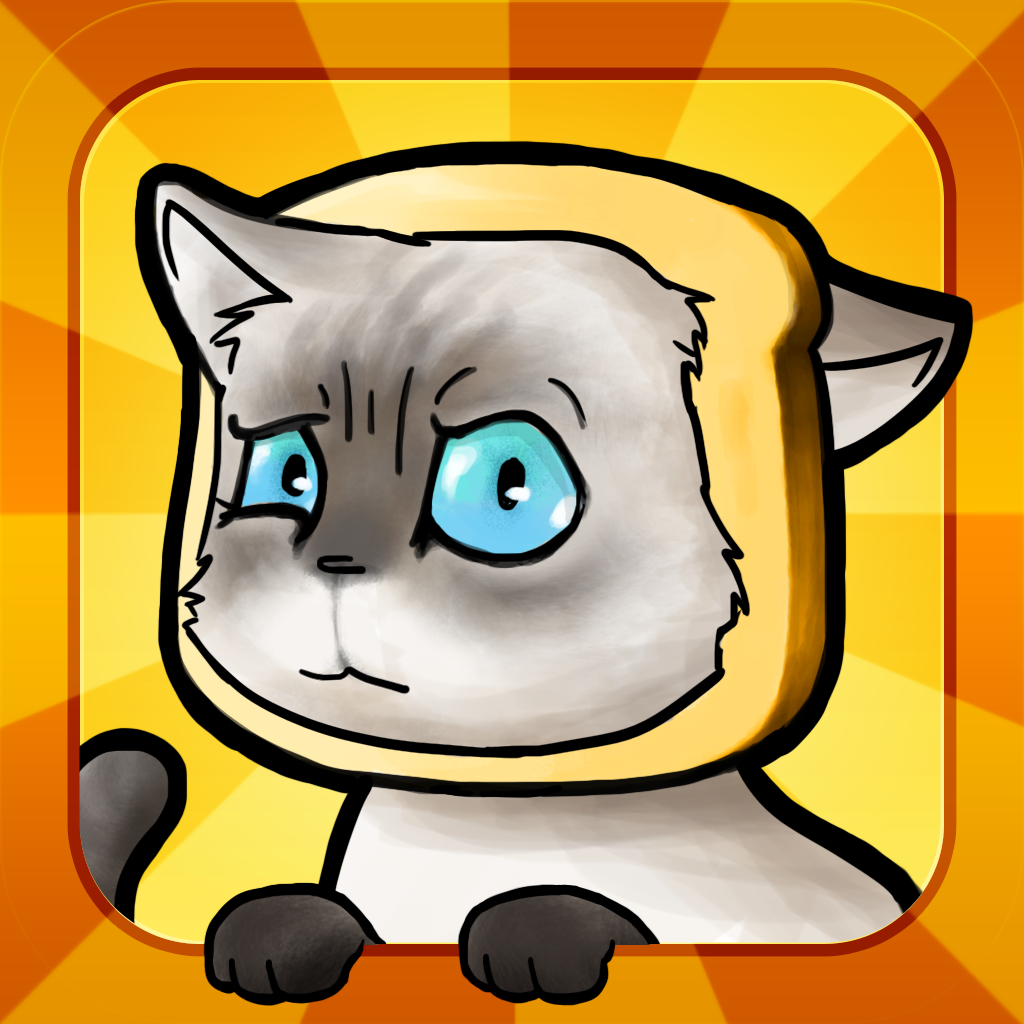 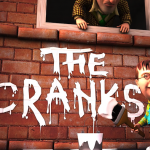 Quirky App Of The Day: The Cranks Pull Out Some Epic Pranks
Nothing found :(
Try something else